Introduction to Electro-Acoustic Music was published in 1982 by Prentice-Hall.  It was the first book to combine the history, basic technology, and analysis of electro-acoustic music, along with interviews with important composers in the field.  It was in used in the 1980s and 1990s in many college classes, and went through multiple printings..  While a second edition was discussed, the publisher and I could not come to an agreement on what this should be, and so a new version was never undertaken.  The book is long out-of-print, but it is still used as an historical reference and as an adjunct text in some classes.  Used copies are sometimes available online at bookstores and auction sites.  Copies also exist in many libraries.

As I don't own the copyright to Introduction to Electro-Acoustic Music, I can't print any of the text.  Here, however, is the table of contents of the book, which is rather detailed and provides a good idea of the book's subject matter: 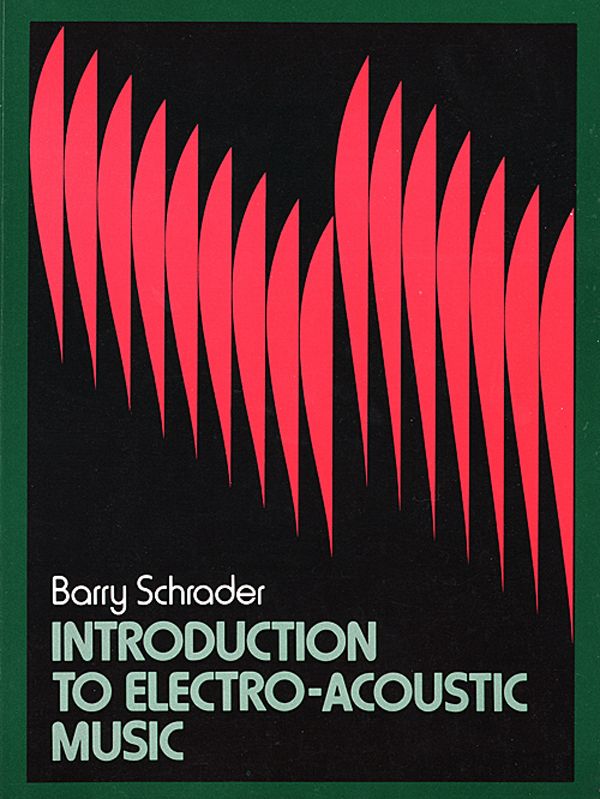 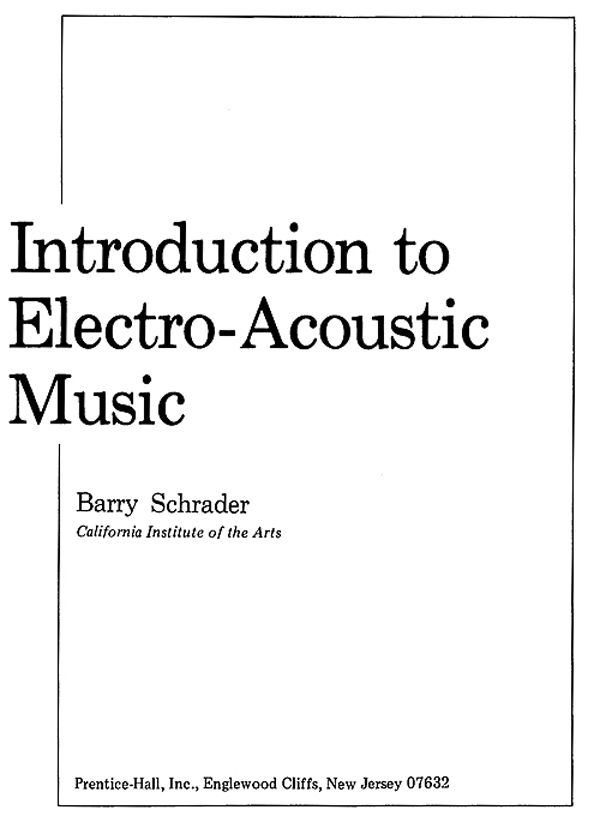 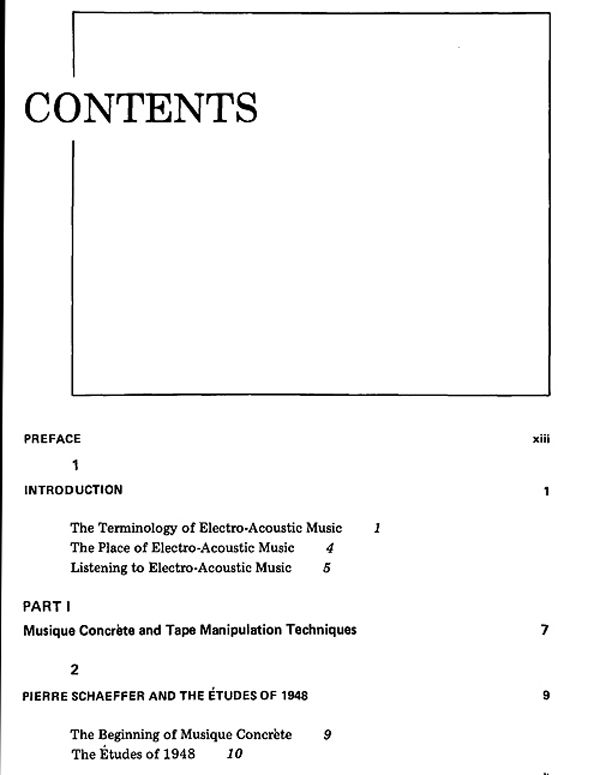 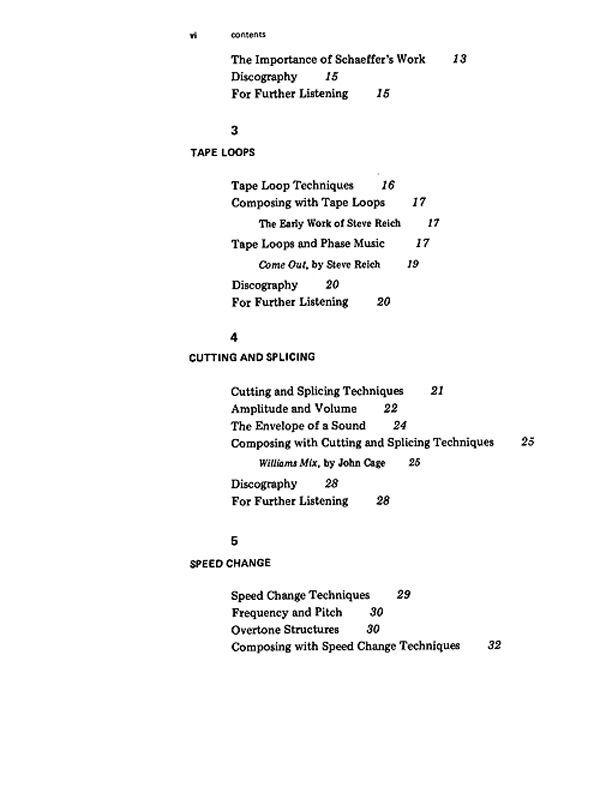 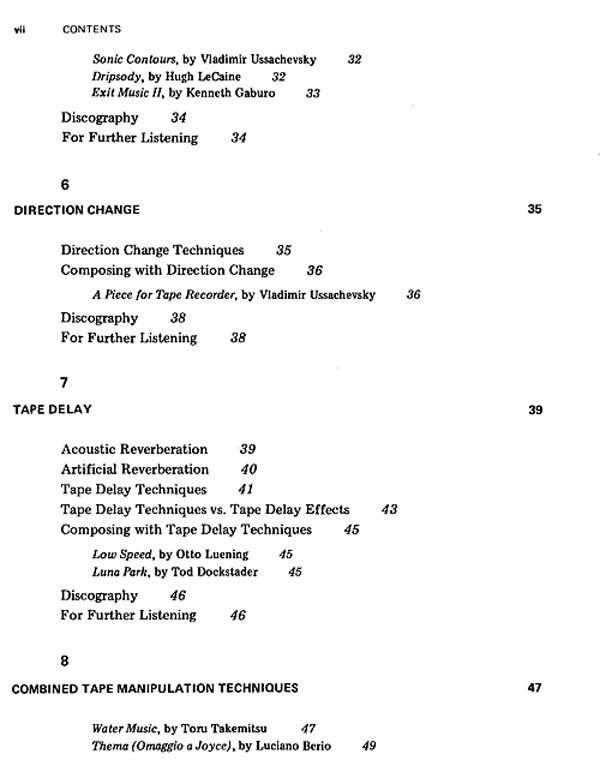 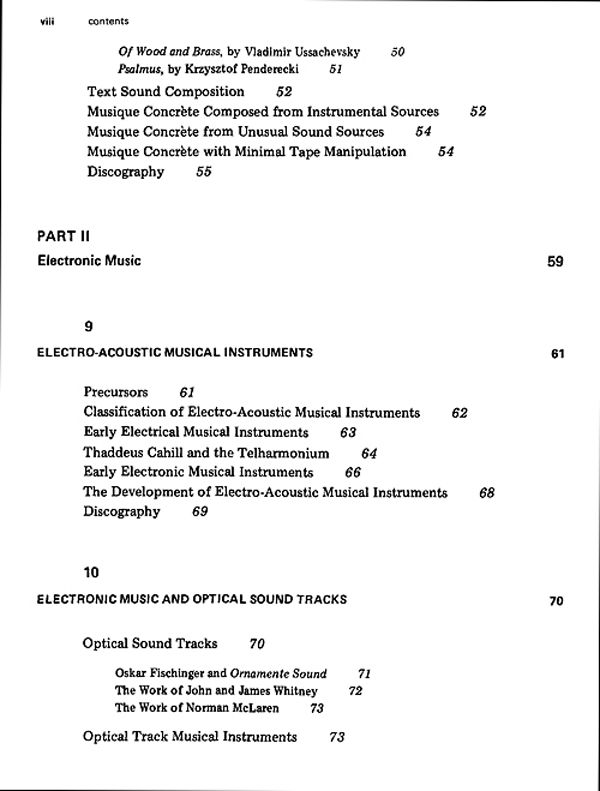 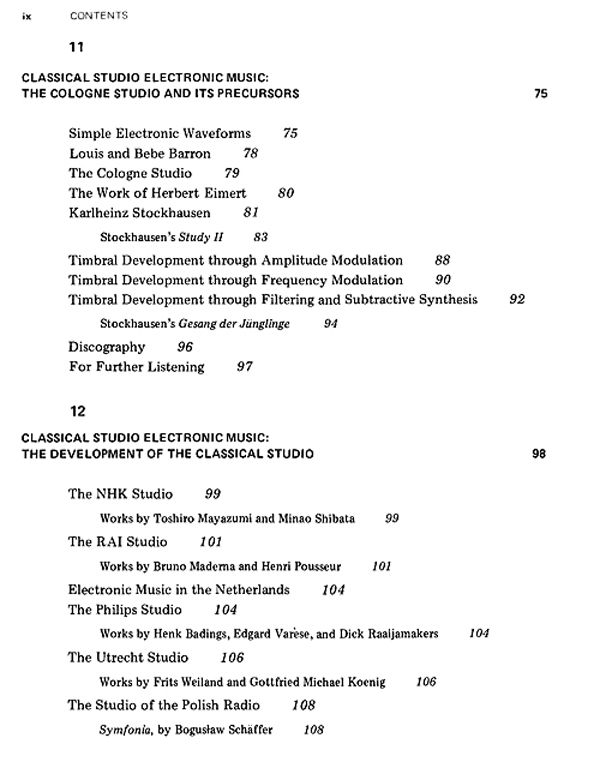 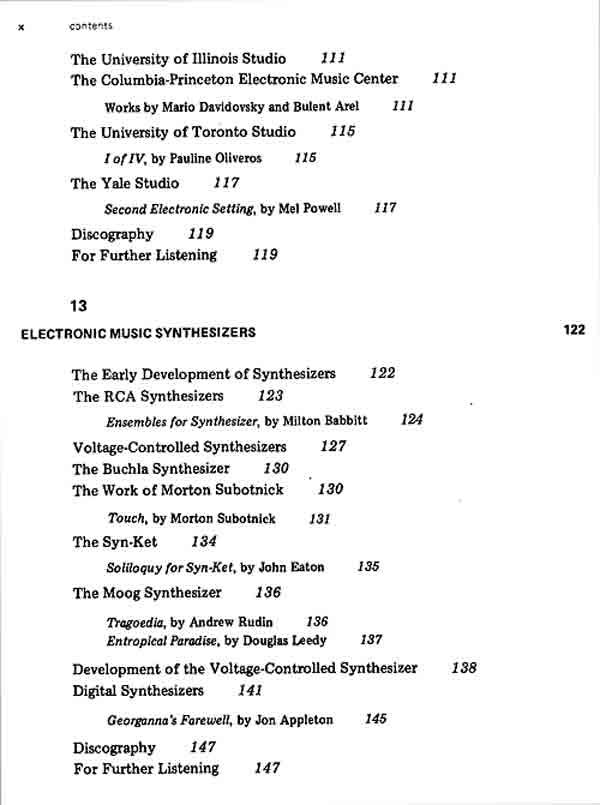 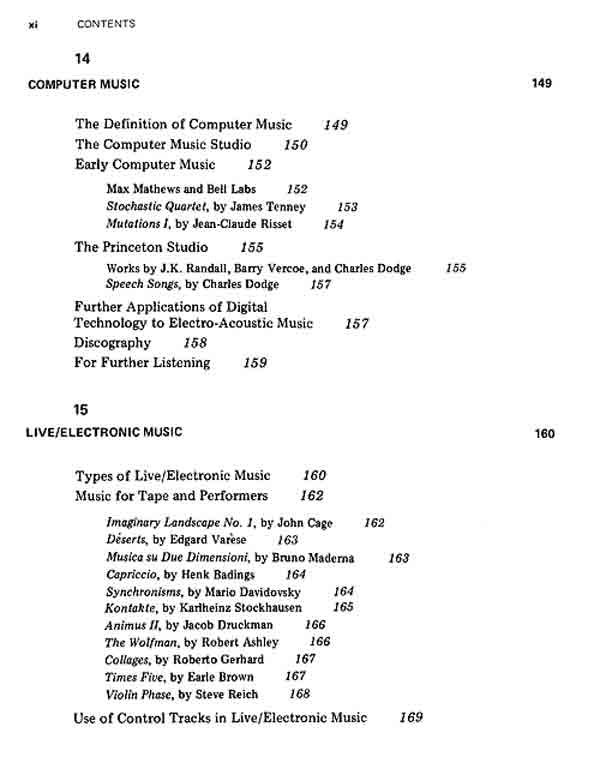 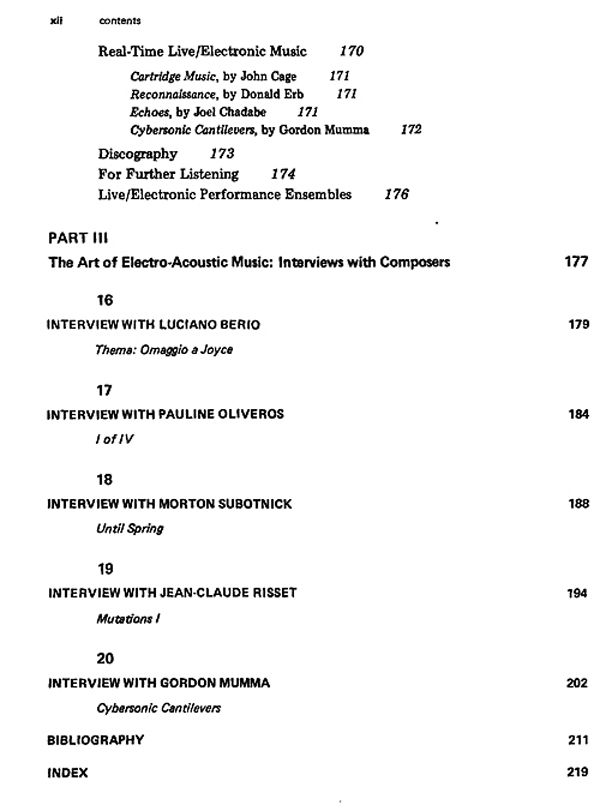 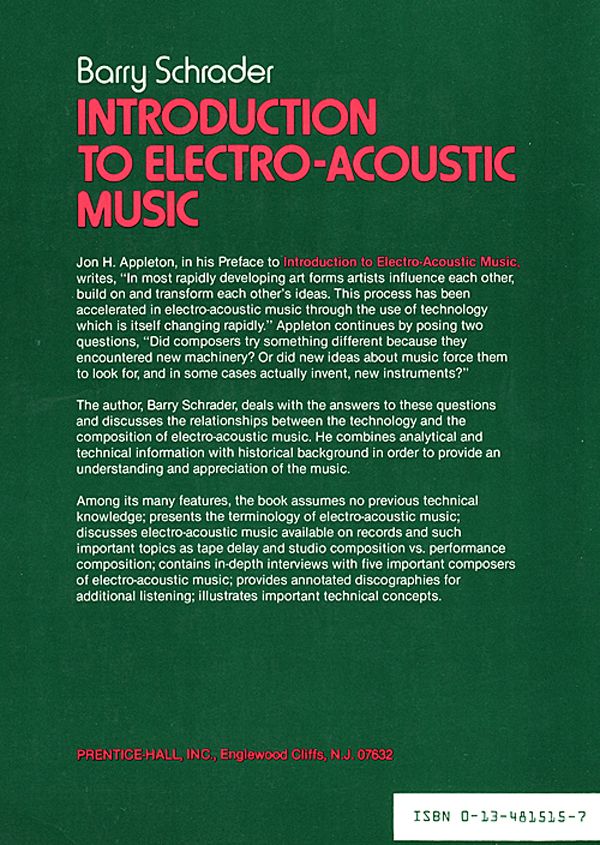